I’m still in the lovely town of Enniskillen with it’s wonderful mix of old and modern Thursday Doors. One particular building deserves a post all of its own, a fabulous old pub that hasn’t changed much since its Victorian days. 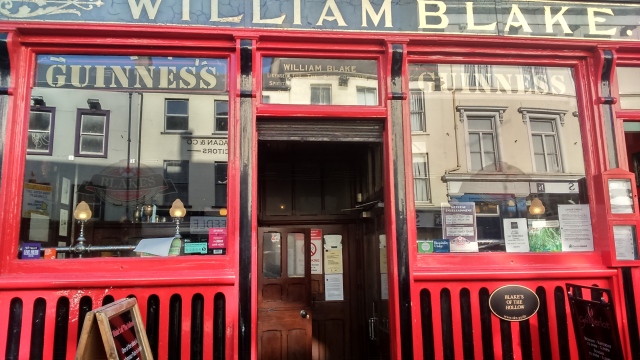 Blake’s Bar still retains most of its lovely Victorian features with a snug on the left, just inside the main entrance. 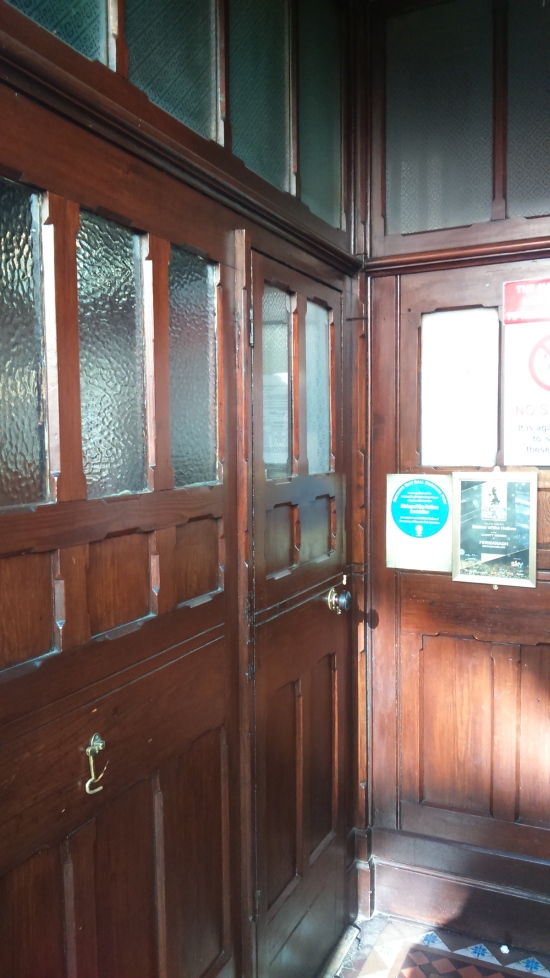 I learned this fact when I mistakenly took it for the door to the main bar and opened it – to be greeted by a dozen or so men seated around a wooden table in a tiny wood paneled room. They raised their glasses to me and we had a laugh before pointing me in the right direction, which was directly opposite. 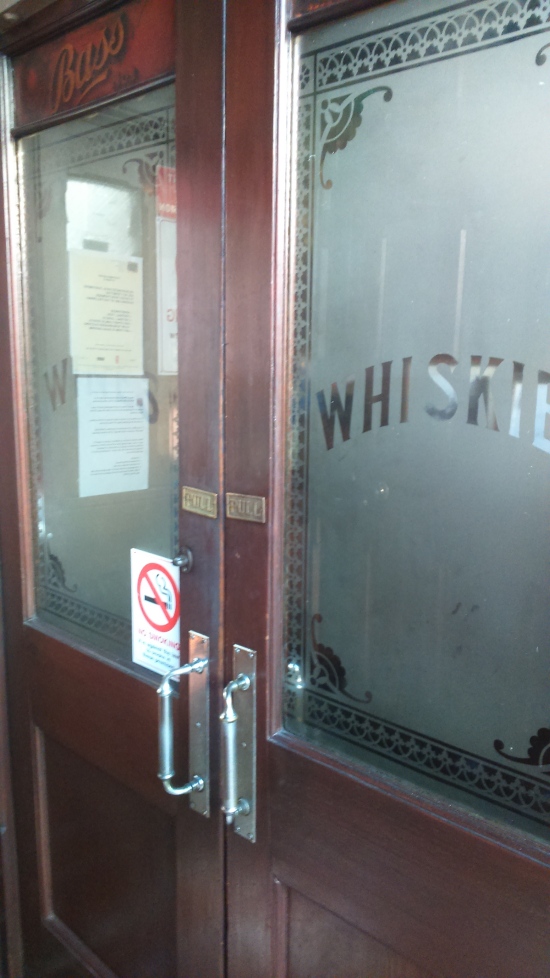 The Victorian tiles are a little the worse for wear but they are authentic and a lot of ‘soles’ have passed over them. 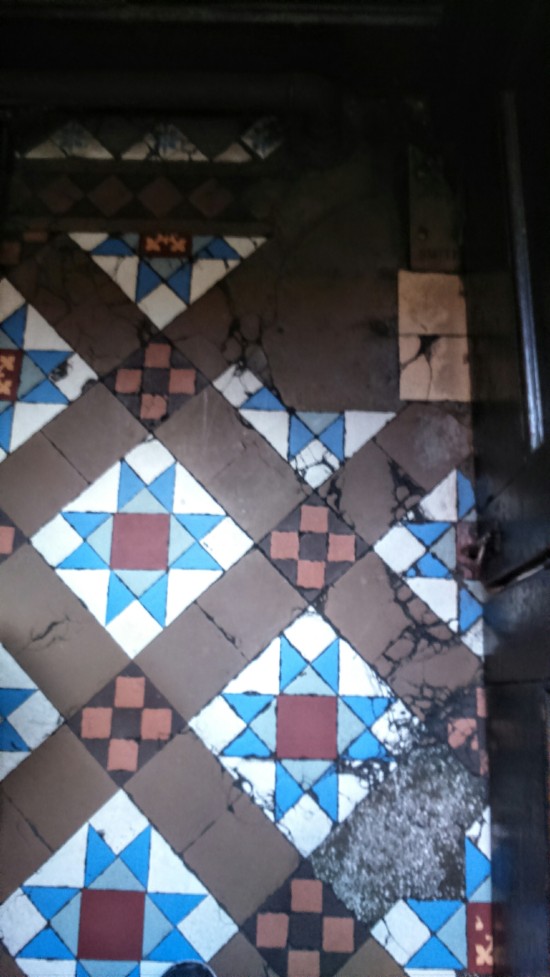 Now for the interesting bit. The reason I wanted to get inside the pub was not because I was parched and in dire need of a liquid refreshment (although I was tempted by the lovely cozy atmosphere of the interior). It was the sandwich board on the street that caught my eye. 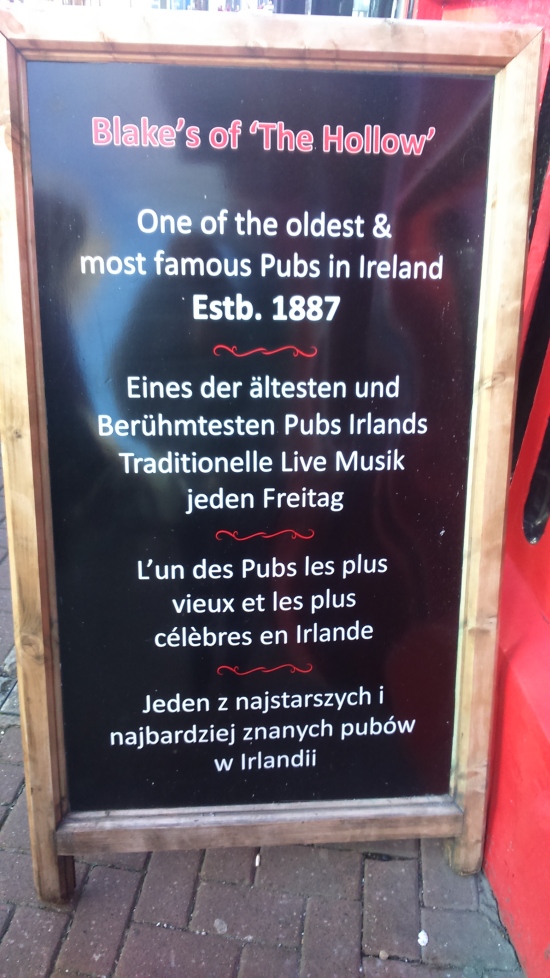 But what is so unusual about this, apart from the fact that it’s one of the oldest and most famous pubs in Ireland? Well, the other side of the board explains it all. 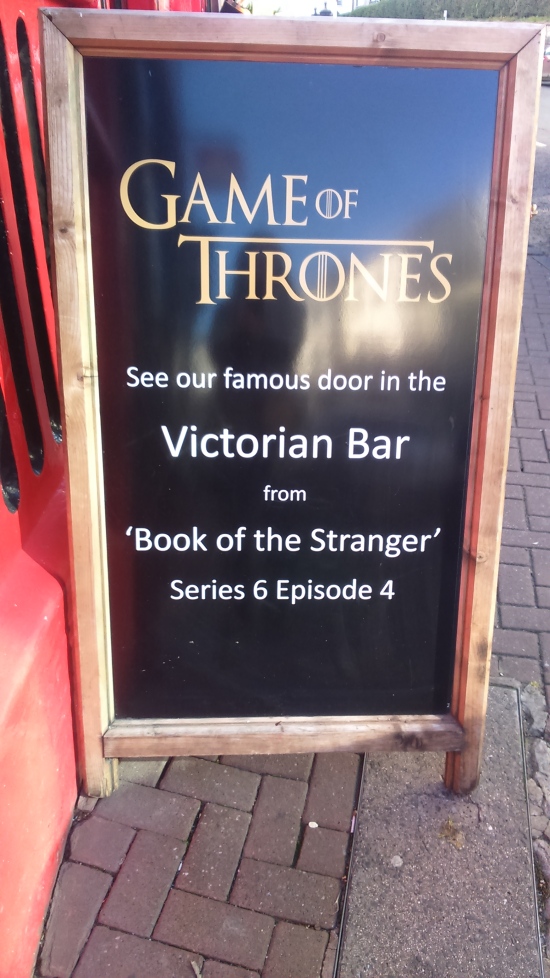 During a particular nasty storm, some of the Dark Hedges’ trees were blown over and the wood from two of them was made into ten carved doors. Each one depicts a scene from the TV series Game of Thrones. They were distributed as gifts to places that are near some of the locations where the show was filmed, in Northern Ireland. 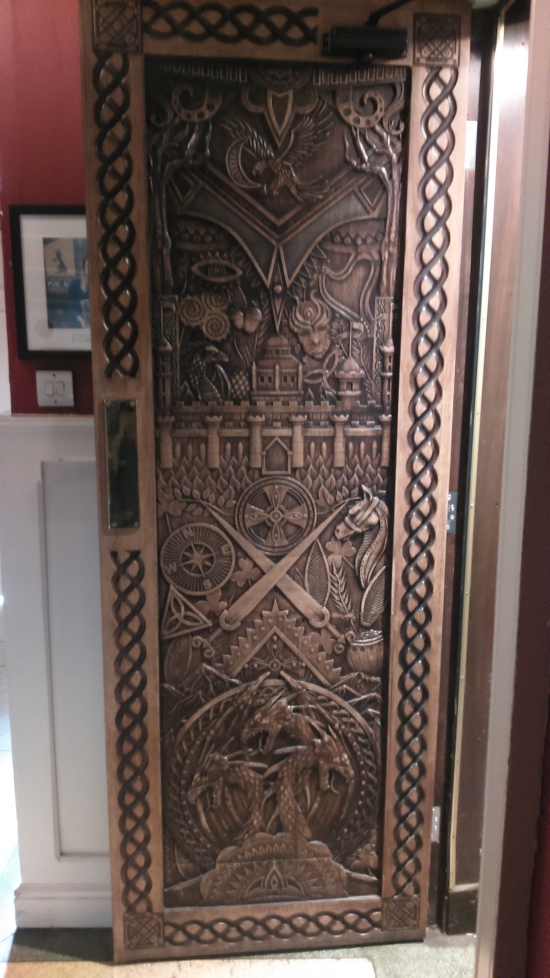 The door in Blake’s bar is an intricately carved scene depicting the Targaryen rise to power, you can see the dragons at the base of the door. The reason a premises in Enniskillen was chosen is because the town is close to The Marble Arch Caves, where the filming of Hollow Hill took place, featured in season three. If you would like to know where the remaining nine doors are situated, follow this link; Culture Trip

For an abundance of unusual doors, take a trip over to Norm’s blog and click the blue frog at the end of his post. Many thanks for stopping by. More Thursday Doors from Enniskillen next week.

Author of 'A Pocket Full of Shells' an Amazon International best seller, Jean writes young adult and historical fiction. She has been known to shed a tear over Little House on the Prairie.
View all posts by Jean Reinhardt →
This entry was posted in entertainment, Historical buildings, Ireland, Thursday Doors, Travel, victorian ireland and tagged BlakesoftheHollow, DarkHedgesDoors, Enniskillen, fermanagh, GameofThrones, ThursdayDoors, travelireland. Bookmark the permalink.