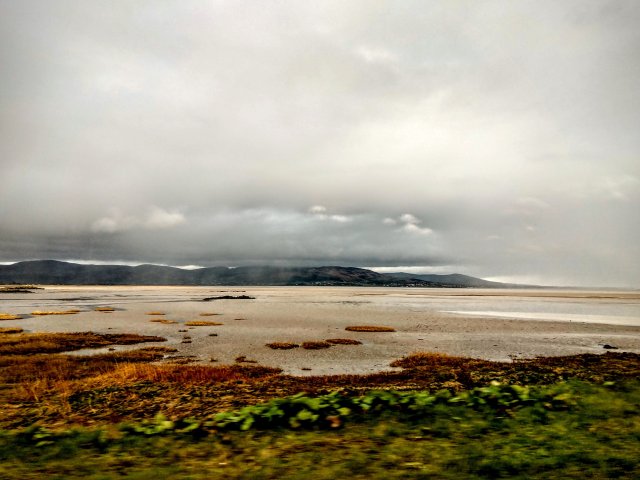 Last week I paid a visit to my native village of Blackrock and captured some colourful Thursday Doors and buildings to share. If you’ve read any of my Irish Saga you might recognized the Cooley Mountains, as shown in the above photo, from their description in the books. I referred to them as ‘an arm stretching around the bay’ as if to protect it.

For the first of my doors, let me introduce you to the home I lived in as a child. It was called Seaside Stores in those days and sold the usual beach toys, ice-creams and sweets that you would expect to find in a shop directly across the road from the sea. When my parents moved us to another county my grandparents took over the business and we spent most summers there until my grandmother passed away and the shop was sold. However, I still had another grandmother living in the village, just a few doors up, plus aunts, uncles and cousins so our visits didn’t stop, thankfully. 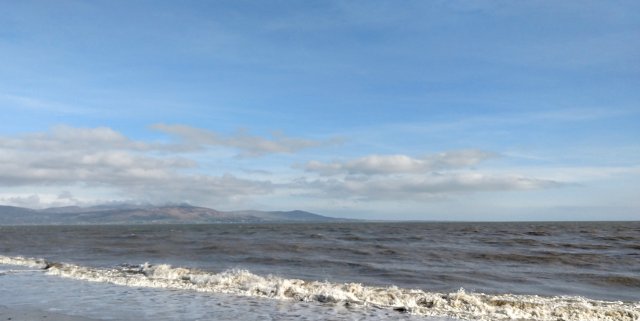 I can still hear the sound of the waves as I lay in the bed I shared with my sister, as they lapped gently on the shore or crashed thunderously, which is what they were doing the day I took the above photo. This next door is one of my favourites in the village.

I had to take most of my photographs from across the street as there were cars parked in front of most the buildings. I love that cheerful yellow door. 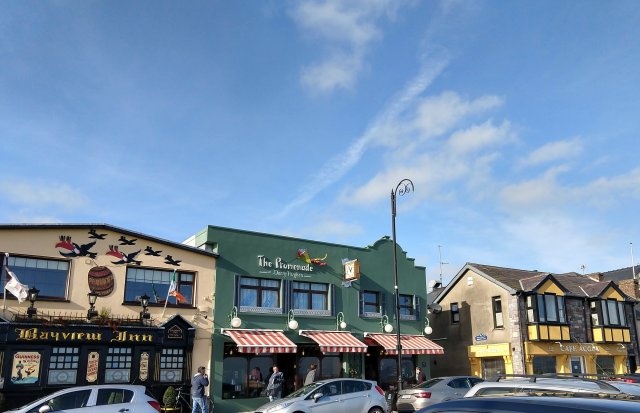 You can see how interesting and individual each building is in Blackrock but even in the past, there was a good variety of shapes and sizes in the village.

Some of the houses have remained unchanged for almost a hundred years, like this fisherman’s cottage. 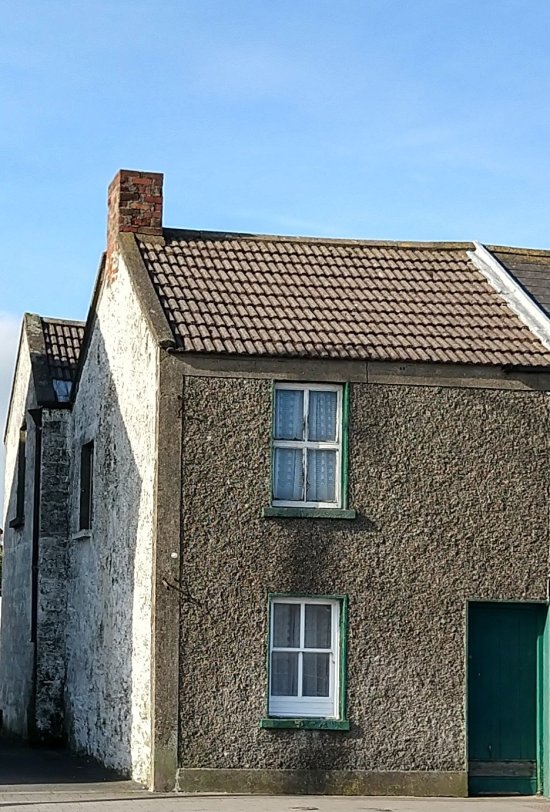 I’ll save the rest of my doors for next week’s post because now I’d like to show you some of the beautiful sculptures that can be found along the promenade.

The sculpture Bradáin, the Irish word for salmon, was carved from Kilkenny limestone. It’s the work of artist Richard Perry who tells us that “The silhouette of ‘Bradáin’ refers in a very simple and direct way to the soft, rounded shapes of the Cooley Mountains, with the salmon referring to the origins of Blackrock as a fishing village.”

Blackrock Millennium Sundial is apparently the largest sundial in a public place in Ireland and was commissioned by Blackrock Tidy Towns to mark the millennium in the village. It was unveiled in 2000 and has a time capsule with photographs and documents from the millennium year in the village buried in its foundations. The bronze sculpture Aisling is by local artist Tanya Nyegaard. If you look at where the shadow lies in the photograph you’ll see it was 12.30 when I took the shot.

The Cockle Pickers by local artist Micheál McKeown also represents the maritime traditions of the village. Cockles would have been an important source of nourishment during the years of the Great Hunger (sometimes called the Irish Famine) of the mid 1800’s. The artist used interwoven stainless steel strips to create the two figures. I’m very fond of this sculpture as it was an activity my ancestors partook of going back through the generations. 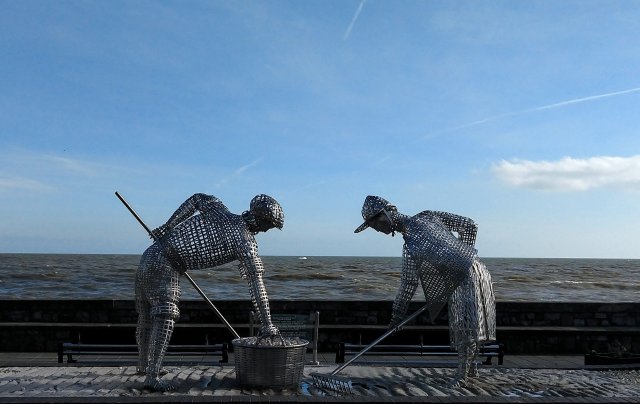 I hope you enjoyed our tour of this lovely seaside village, thanks for coming along. I’ll have more photos on next week’s post and a bit of local history to go with them. If you would like to see a few more Thursday Doors, carry on over to Norm’s blog for an interesting selection.

Author of 'A Pocket Full of Shells' an Amazon International best seller, Jean writes young adult and historical fiction. She has been known to shed a tear over Little House on the Prairie.
View all posts by Jean Reinhardt →
This entry was posted in Art, books, Ireland, nature, The Good Things in Life, Thursday Doors, Travel and tagged BlackrockDundalk, CooleyMountains, Sculptures, ThursdayDoors. Bookmark the permalink.