If you read my Thursday Doors post last week you’ll recognise the sundial with the sea as a backdrop. Yes, we are still in the beautiful village of Blackrock, County Louth.

My great grandfather, son of a local fisherman, was a shoeshine boy in the Blackrock Hotel when he was twelve. It’s now called The Brake Tavern.

After emigrating to Liverpool, where he made his fortune, he returned with his wife (a Blackrock woman and daughter of another local fisherman) and their three remaining children. Their baby girl had sadly passed away and my grandmother was three at the time. A son was born a couple of years after their return home. This family photo was taken in Liverpool before their youngest child died. 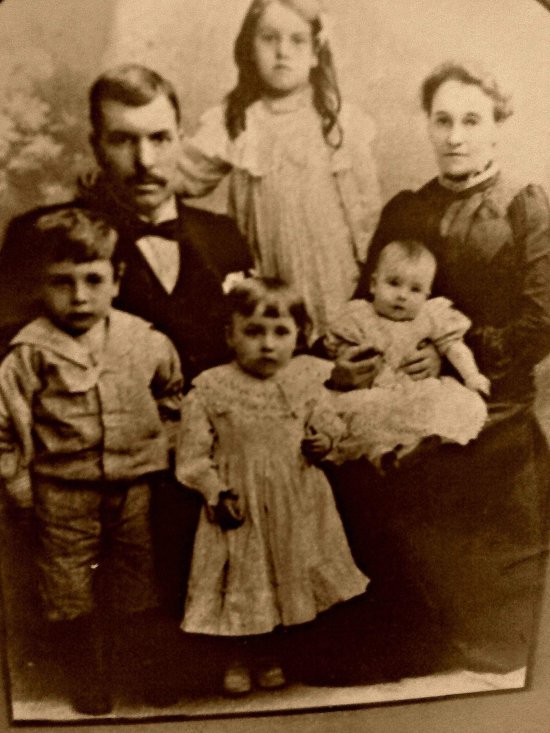 From this old photograph of the village you can see that the Blackrock Hotel is the largest property in the main street. It was built by one of the local gentry in 1845 to accommodate the growing number of visitors to the village.*

In 1894 a schooner ran aground in the bay. She was carrying a large cargo of roof slates, which was on its way to a builders’ merchant in Dundalk. In a supposed effort to lighten the load, some Blackrock fishermen removed much of the cargo and some of the old thatched homes in the village received new slate roofs, at no charge, of course. 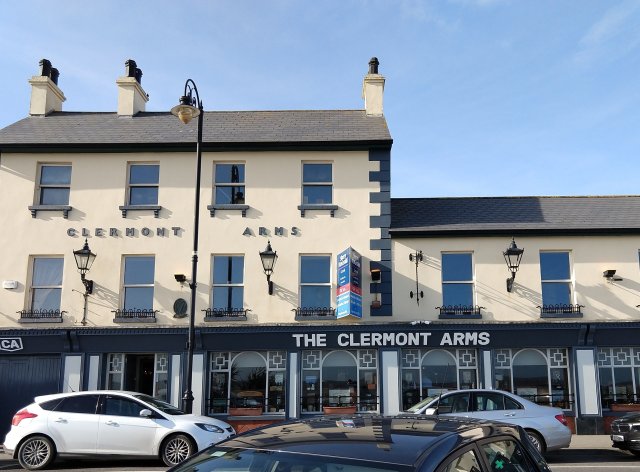 This last shot is of the Clermont Arms Hotel, built around the same time as the Blackrock Hotel. The smaller section was originally a separate building, The Swan Hotel. If you would like to learn more about the history of Blackrock, I have a link at the end of this post.

As always, I appreciate you stopping by. Next week I’ll be posting the last of my doors from Blackrock. In the meantime, have a look at what Norm’s Thursday Doors has to offer.

Author of 'A Pocket Full of Shells' an Amazon International best seller, Jean writes young adult and historical fiction. She has been known to shed a tear over Little House on the Prairie.
View all posts by Jean Reinhardt →
This entry was posted in Historical buildings, History, Ireland, nature, The Good Things in Life, Thursday Doors, Travel and tagged BlackrockDundalk, ireland, SeasideVillage, ThursdayDoors. Bookmark the permalink.